In Washington Square Park–I purchased 1951 collection of poetry from one of my favorite poets Pablo Neruda. It was published by a leftist magazine called Masses & Mainstream, and sheds some much needed light on two modern paragons of poetry–T.S Eliot and Ezra Pound.

As Neruda has said, before the warhawks of Wall Street and Washington can hurl the atom bomb they must first annihilate men morally. That is the mission of of their poets–the T.S Eliot and Ezra Pounds who degrade life and stultify the will to resist destruction. To this literature of decay and death Pablo Neruda opposes an art of moral grandeur… 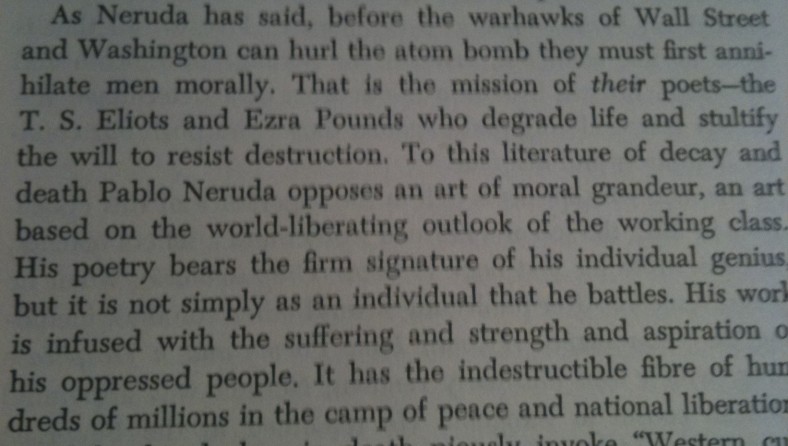 Robert Hass  in his Pulitzer Prize winning collection of poetry Times and Materials echoes T.S. Eliot by quoting Fredric Nietzsche: “Everywhere the wasteland grows; Woe to him whose wasteland is within.”  I  tend to agree with the book’s sentiment, our lives would be much richer, with more Neruda!